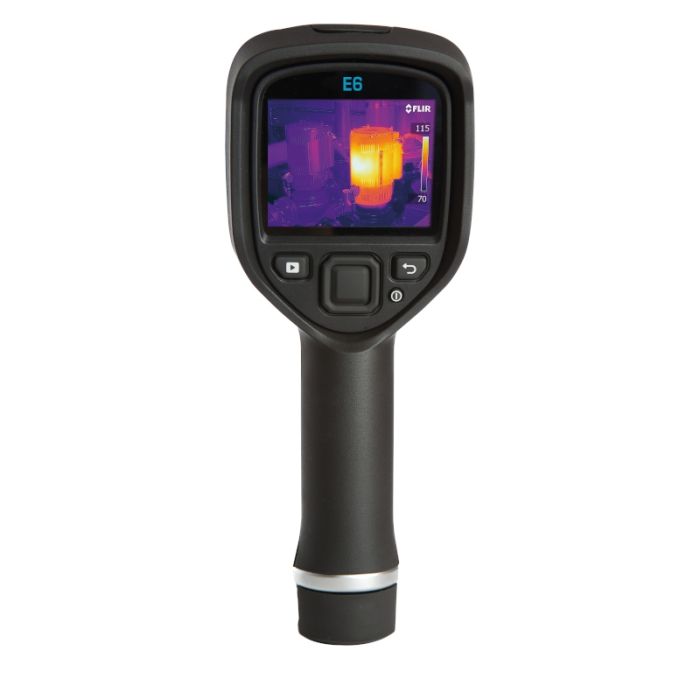 The Flir E6-XT is ideally suited for electrical and small building applications, thanks to it's 240 x 180 IR resolution. The addition of WiFi to this Flir camera allows the user to share images in real time on a mobile device. You can also create professional looking reports using the free to download Flir Tools app and email them straight to you customer or colleagues.

The Flir Tools app also allows you to zoom in on images, change colour palettes, save images to your mobile device and allow the remote taking of images and video.

Features and benefits of the Flir E6-XT

Test4less have been an approved Flir distributor for over 10 years. We can also calibrate your Flir camera when required.