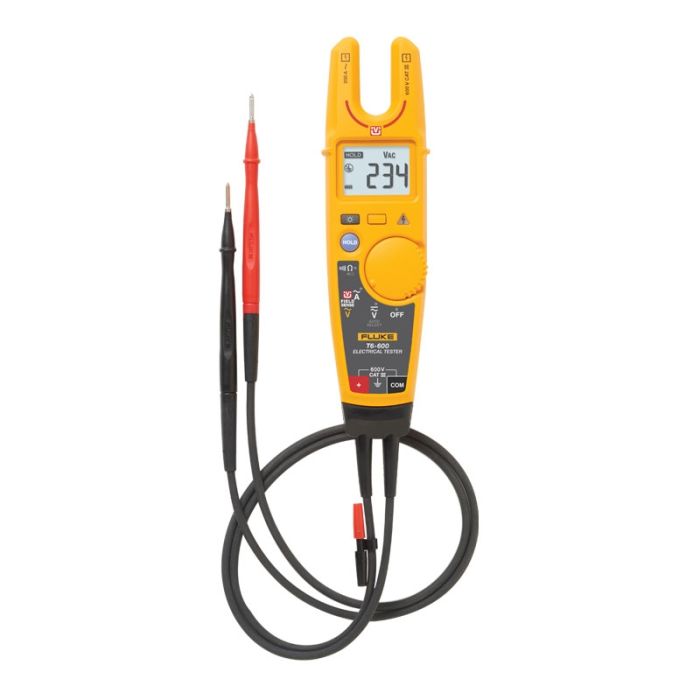 With the Fluke T6-600 having to use test leads to measure voltage is a thing of the past, the open jaw does the job in a much safer and more efficient way. This is due to Fluke's new FieldSense technology, other more basic voltage detectors can tell you if voltage is present, whereas with the FieldSense technology on the T6-600 it gives the user an accurate voltage measurement. Because of the FieldSense Technology, it makes the T6-600 suitable to a huge variety of applications such as electricians, electrical contractors, maintenance technicians and many more.

Write Your Own Review
Only registered users can write reviews. Please Sign in or create an account
Related Products
Check items to add to the cart or