Hikmicro B1L Datasheet
(Size: 944.7 KB)
Skip to the end of the images gallery 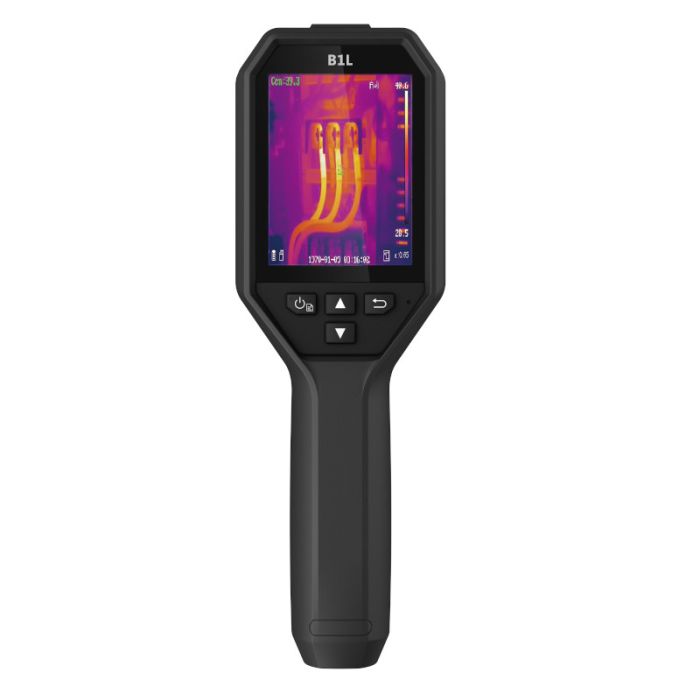 This camera can be used to accurately record temperatures between -20 °C to 550 °C with an accuracy of (±2°C, ±2%). It is also fixed focus ofr simple point and shoot operation. The image frequency of 25Hz ensures smooth visuals when the camera is moved.

An integrated bright LED torch also helps the user if the environment lighting conditions are poor.

*Wi-Fi connectivity NOT available on Hikmicro B10 thermal imaging camera*

The inclusion of Wi-Fi on the B1L means the camera is compatible with the Hikmicro viewer app. With the app, pictures and videos can be taken and stored using the smart device. The B1L can also be tripod mounted, meaning operatives can view what the camera is measuring at a safer distance on a smart phone or tablet.

The Hikmicro B1L handheld thermal camera is powered by a lithium ion rechargeable battery which provides up to 8 hours of continuous use.