Kewtech FuseFinder Manual
(Size: 304.9 KB)
Skip to the end of the images gallery 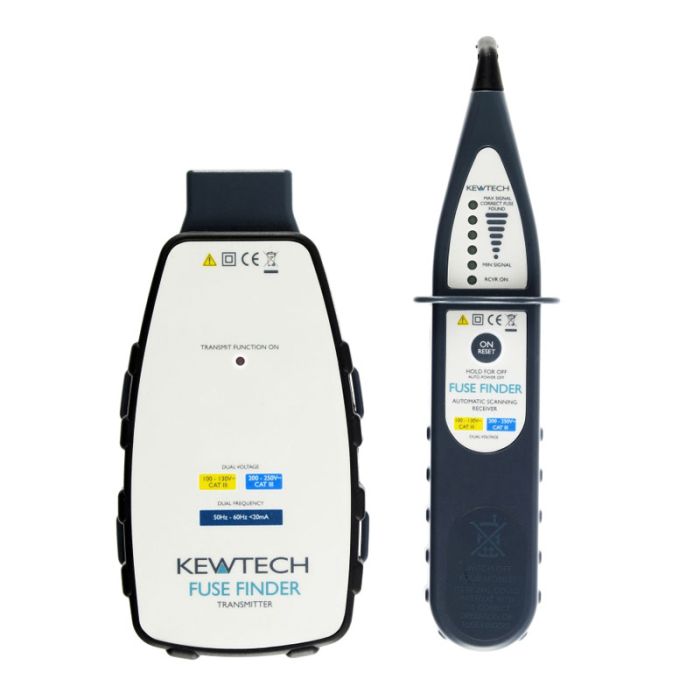 Transmitter - connects to the circuit to be traced by either the mains lead or fused test lead set. The transmitter is powered from the supply so does not need batteries. It injects a signal into the circuit that is then picked up by the receiver at the fuse board.

Receiver - this cleverly auto-tunes when scanning a bank of fuses / mcbs. At least two scans are required so that the receiver can adjust its sensitivity to detect the strongest signal and hence the correct fuse for the circuit under test. LEDs clearly indicate signal strength and an auto power off maximises battery life.