Megger CertSuite Datasheet
(Size: 224.4 KB)
Skip to the end of the images gallery 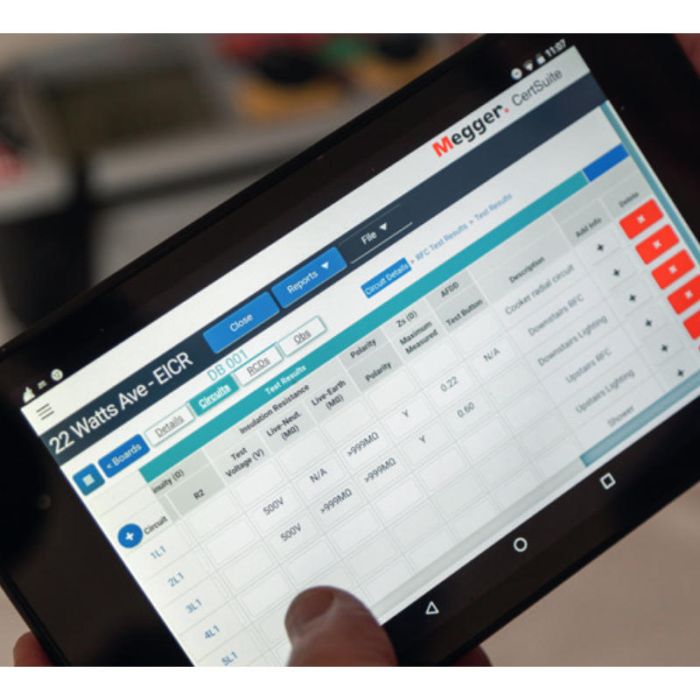 Megger CertSuite™ is the latest generation of electrical certification software. The cloud based system can be used on both Android or iOS smartphones and tablets as well as most browsers, allowing use on both laptops and desktops. CertSuite is a subscription based software package offering either annual or monthly subscriptions.

CertSuite offers a secure, cloud based software solution for the creation, printing and storage of professional certificates and reports. The system is fully compliant and maintained to the latest amendments of BS7671.

CertSuite works online and offline. When working online, data and test results are seamlessly synchronised to the cloud. While offline, data and test results can be added to the system at any time, and automatically uploaded to the cloud as soon as an internet connection becomes available. Customer and site data can be pre-loaded reducing time on-site and different members of your team can access and upload to the same job at the same time.

Head office can also access the same jobs, allowing pre-completion of customer data, but also to discuss or give feedback whilst electricians are still on site.